Division of Perceptual Studies -University of Virginia School of Medicine

Types of Experiences We Study

Dr. Ian Stevenson interviewing a subject in a village in Myanmar
In many parts of the world, some young children, usually between the ages of 2 and 5, speak about a previous life they claim to have lived. At the same time they often show behavior, such as a phobia, that is unusual in their family and/or not explained by any current life events but that seems concordant with the child's statements about a previous life. In many cases of this type the child's statements have been shown to correspond accurately to facts in the life and death of a deceased person; in many of these cases the families concerned have had no contact before the case developed. Some of the children have birthmarks and birth defects that correspond to wounds or other marks on the deceased person whose life a child remembers. In numerous cases postmortem reports have confirmed these correspondences. Older children may retain these apparent memories, but generally they seem to fade around the age of 7 .
The Division staff have been investigating these cases since 1961 and have published numerous articles and booksabout them. There is also a list of books on reincarnation which includes one book about Dr. Stevenson's work by an editor at the Washington Post. The young subjects of these cases have been found most readily in certain parts of the world, such as South Asia. They are, however, also found in other areas of the world, and the Division has studied many cases in Europe and North America. We are interested in hearing about cases with any of the elements discussed here. See Contacting Us.  If you are a parent seeking advice about your child who seems to remember a previous life then see Advice to Parents.
Types of Statements a Child Might Make in This Kind of Case
Statements made by a child who seems to be remembering a previous life can be quite varied. The following is not an exhaustive list by any means. It is designed to give an idea of the kinds of things a parent or caregiver might hear, and in our Western culture, tend to dismiss as fantasy. It is also true that a child might say one or more of these things and not be remembering a previous life. It is probably best not to pump a child for information, nor to try and prevent him or her from saying such things.
Watch a video of Dr. Jim Tucker describing the research being done here at DOPS.  View the Video
List of Experience Types

A near-death experience, or NDE, is a common pattern of events that many persons experience when they are seriously ill or come close to death. Although NDEs vary from one person to another, they often include such features as the following:
While these features are commonly reported, many NDEs differ from this pattern and include other elements. For example, some near-death experiences may be frightening or distressing rather than peaceful. We are interested in hearing about all kinds of near-death and similar experiences, and in studying their effect upon persons who have them. See Contacting Us
The causes of NDEs are complex and not fully known. While many medical and psychological explanations have been offered, they remain speculative and often fall short of explaining the entire phenomenon. Numerous articles and a book about various aspects of NDEs have been written by members of our staff. There is also a list of recommended books by other authors.
Veridical NDEs
We are particularly interested in studying NDEs that may bear on the question of whether the mind can function outside the physical body, and on whether we may survive bodily death. One such type of experience is the so-calledveridical NDE, in which experiencers acquire verifiable information that they could not have obtained by any normal means. For example, some experiencers report seeing events going on at some distant location, such as another room of the hospital; or an experiencer might meet a deceased loved one who then communicates verifiable information the experiencer had not known. Other kinds of NDEs that may bear on the mind/body question include those in which mental functioning seems to be enhanced despite physiological evidence that the brain is impaired. If you would like to share an NDE of this type, or any type, with us see Contacting Us
List of Experience Types

Many persons have the experience of seeming to be located in space away from their physical body. One survey showed that 15% of those questioned have had such an experience at least once during their lifetime. Some persons having this experience report that from a position above their body they could look down on it and observe its condition. This experience occurs in more than 65% of persons who come close to death and survive.
The experience of being out of the body also occurs to many persons who are not near death. Some are fatigued or mildly ill, but others are in good health.
Although many of these experiences do not suggest any paranormal process, two features that sometimes occur do suggest such a process. First, some persons report that while they were "out of the body" they went some other place, sometimes a distant one, outside the range of their normal senses, and there observed (and later reported) events, such as a conversation between two persons, that they could not have learned about normally. Second, in a small number of cases, the person who reports having been out of his or her body may be perceived by another person at the place where the first person said he or she had gone. These latter cases are called "reciprocal."
A small number of persons claim to be able to have an out of the body experience voluntarily. Such persons may be suitable for experiments which might demonstrate a paranormal process.
On our Recommended Books page there is a list of books about out-of-body experiences.
If you would like to share an OBE of this type, or any type, with us see Contacting Us
List of Experience Types

The kinds of apparitions we are particularly interested in are often referred to as "crisis apparitions." "Crisis apparition" is a term that we use to describe a wide range of experiences occurring at or near the time that a distant loved one or acquaintance was dying, involved in an accident, or experiencing some other unexpected event. For example, many people have reported that they have seen a lifelike apparition of a friend or relative at about the time that that person was dying or involved in an accident, although the person experiencing the apparition had had no normal way of knowing about this event at the time. Similarly, other people have reported having had a vivid dream, hearing a loved one's voice, or feeling an unusual physical sensation or emotion at a time coinciding with an unexpected death or other event.
These kinds of experiences were intensively studied by scientists during the late 19th century, and hundreds of cases were reported. Unfortunately, in recent decades most parapsychologists have shown little interest in studying such phenomena, and not many contemporary experiences of this kind have been reported. We believe, however, that they may be just as common now as they were 100 years ago, although we rarely hear about them, perhaps because most people who have an experience of this kind tell few other persons about it. We have learned about a few such cases in recent years, and we would like very much to learn about others. See Contacting Us.
We would also be interested in learning about after-death communications in which verifiable information is communicated that could not have been obtained otherwise.
For those interested in further reading on these topics see the Apparitions and Hauntings and the After-Death Communications sections of our Recommended Books page.
List of Experience Types

Deathbed Visions
As the term implies, "deathbed visions" are those visions or other experiences that a dying person may have in the minutes, hours, or days before his or her death. (Near-death experiences, in contrast, are experiences that occur to an ill or injured person who ultimately recovers.) Family members or hospital personnel may report that a dying person, previously weak or even comatose, suddenly revived, sat up, stared at a corner of the room, and called out the name of a deceased loved one. In other instances dying persons have described seeing or hearing other persons not physically present (and usually deceased), or other beings, at their bedside. In rarer cases, a bystander has had such a vision, either alone or simultaneously with the dying person.
There has been very little systematic research on this phenomenon, but conversations with hospice nurses and other persons suggest to us that such deathbed visions may be more common than we now recognize. Furthermore, the little research that has been done suggests that such visions may not be related to the hallucinations that drugs, fever, and certain illnesses can produce, and that drugs and fever may even inhibit rather than generate them.We would be happy to hear about any cases of this type that you know of. See Contacting Us.
There are a few books that have been written on the subject. See the Deathbed Visions section on our Recommended Books page.
List of Experience Types
Psychophysiological Studies of Altered States of Consciousness and Psi
The term "psi" as used here denotes various kinds of anomalous interactions, not presently explainable in conventional scientific terms, between human individuals and their environments. Our ongoing research in this area emphasizes the intensive study of individuals who have been carefully selected for possession of various extra-ordinary psychological skills, including in particular advanced meditators, those who can voluntarily control their Out-of-Body experiences, trance mediums, and gifted psi subjects who demonstrate such phenomena as accurate remote viewing and the ability to voluntarily effect observable changes in the physical environment via mental processes. if you feel you possess the any or all of abilities described here, please see Contacting Us and provide a brief description of your experiences.
Under the direction of Dr. Edward Kelly (psychologist & neuroscientist) and Dr. Ross Dunseath (electrical engineer), DOPS has established a state-of-the-art EEG research facility.  This facility, known as The Ray Westphal Neuroimaging Laboratory, includes an electromagnetically and acoustically shielded chamber, a high-quality commercial EEG data-acquisition system, and extensive software resources for analysis and modeling of multichannel physiological data. These new resources available to DOPS will enable us to resume, at higher intensity, a multifaceted program of research on ASCs and psi that was originally conceived and partially implemented through the Department of Electrical Engineering at Duke University in North Carolina. The general background of this program is described fully in the book Irreducible Mind (2007), of which Dr. Kelly was lead author.

Posted by Racingdaylightllc at 3:07 AM No comments: 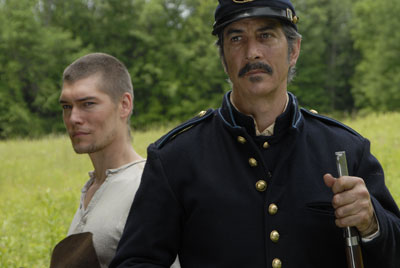