A Beautiful Tale from a Visionary Film Maker 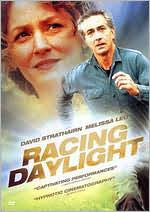 Racing Daylight is a bit difficult to categorize, but that's part of the charm and meaning of this literally timeless love story. The characters in Racing Daylight fall in love not just with each other, but with evolving visions of themselves, their humanity, their identities. This is an evocative story that plays with the boundaries between realism and imagination, in ways that reminded me of Shakespeare's more magical comedies--for example, As You Like It, or, A Midsummer Night's Dream. But to say that the film is an identity play about the timelessness and magic of love, or even reincarnation, would not begin to explain it. What is timeless here is truth. In this film, past lives are echoes of current lives, and vice versa, in an endless river of time. History is endless. Its meaning is never a fixed moment or single interpretation. This is an intellectually and spiritually inventive film, done with a light touch. The daring script weaves history, culture, time and emotion in a way that holds comedy and tragedy closely together, while gently undermining the hyper-rationality and overbearing certainties of our age. Wonderful actors like Melissa Leo, David Strathairn, Giancarlo Esposito and a number of others, who frequently work in the so-called independent film sector, charmingly embrace their multi-layered roles, giving performances that are luminescent and generous, like the film itself. Visually beautiful, compositionally pure, Racing Daylight is a joy. Writer-director Nicole Quinn provides another example here, as if one were needed, of why so much of the best work today is being done by "independent" film makers. I loved this movie.

Posted by Racingdaylightllc at 3:43 AM No comments: 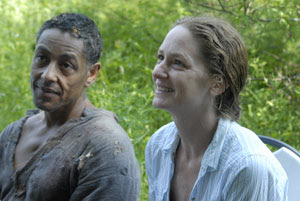 The country town of Cedersville, somewhere in the Shawangunk Mountains of New York state, is the setting for this bizarre tale of love, reincarnation and telepathy across time.
Sadie Stokes (Melissa Leo) is what previous generations would politely term a maiden lady. She has returned to her home town to care for her ailing grandmother Emmeline and run the local used book store. She is very shy and rather colorless, and most people don't even remember her name. She has a crush on her childhood friend, local handyman Henry Becker (David Strathairn), but is too tongue-tied to say anything. One morning she glimpses a strange man in her mirror, who addresses her as "Anna" and disappears. She begins an obsessive search for the real Anna, who it seems is looking for her as well.
It seems that in the 1860s, Anna was a local woman (also played by Leo) who was engaged to Harry Stokes (also played by Strathairn). When he left to fight in The American Civil War, Anna was pregnant by him. Word came that Harry was dead, but he wasn't, and returned to find Anna married to his cousin Edmund. Harry and Anna both vanished soon after this, causing a huge scandal and leaving little Jack Stokes behind to be raised by Edmund, his mom Oneida, and eventually his second wife Helly. But as Sadie and Henry are about to discover, things are not as they seem.


This film provides examples of:

Posted by Racingdaylightllc at 3:33 AM No comments:

Posted by Racingdaylightllc at 4:07 AM No comments: 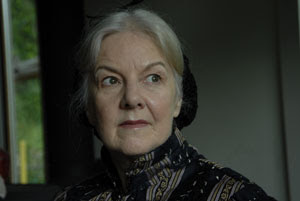 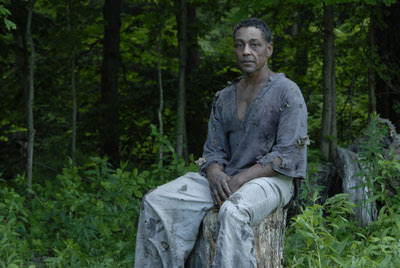 This was truly original, sadly not many of those these days. The acting was perfect for this story. I do love these characters. It was quirky and delightful, a light hearted love story and it made me laugh and it made me feel good. A great combo for a romance story. LOVED it.

Posted by Racingdaylightllc at 4:20 AM No comments: