The Sunday Conversation: Melissa Leo talks about grit and glamour

For Oscar winner Melissa Leo, soon to be seen in the indie 'Francine,' acting isn't so much about glamour but about the beauty of getting at the heart of a character. 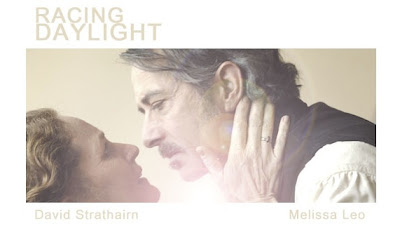 M
Posted by Racingdaylightllc at 1:33 PM No comments:

If you want to watch a movie that makes sense and accurately portrays human interactions, don't watch this one. I think that the idea of what I think the movie is about is interesting and had a lot of promise, but the fact that I'm still not quite sure what the movie is about after watching it says it all. Melissa Leo is a wonderful actress, but in all honesty she was miscast in this, as a much younger woman I feel would be more appropriate for the character. She is quite literally old enough to be one of her romantic lead's mother, and I'm not against an older woman-younger man story, but they're presented as close in age to one another. This movie seems like it was made from a story that still needed some serious ironing-out when whoever filmed it got ahold of it. It's like it was made from various notes that hadn't even been written into a first draft yet. I love me some David Strathairn, but he should have known better when he read the script. In all honesty, this is one clusterf**k of a movie.

Posted by Racingdaylightllc at 4:09 AM No comments: