If you're at all interested in what I'm writing these days, I'll be posting chapters from IT'S A NIGHTMARE! the first of THE GOLD STONE GIRL trilogy -- dystopic, feminist, fantasy, novels I've been working on these last four years.

In 2008 Sophia Raab Downs and I went to the Women's International Film Festival with RACING DAYLIGHT (now on Showtime).  It was there I saw the trailer for the winning foreign documentary from India.  Its opening credits featured thousands of colorful cloth bundles damming a two river swirl.  The words that crawled up the screen told us that the bundles were the bodies of castoff baby girls, many of whom were still alive when they hit the water.

Why are human females counted as less than males?  Is this true of any other species?  Why are our bodies the subject of legislation, as if we were not capable of deciding what is best for ourselves?  How do we dream a different future?

THE GOLD STONE GIRL trilogy is a cautionary tale, one made up of dreams and of nightmares.

It’s a Nightmare!  is set a million years in the future.  The planet Earth has reformed itself into the one-continent world of Blinkin.  God and his devil have given way to a new polarity --  the Night Mare and the Dream Weaver.  But the Night Mare co-opted her opposite in the beginning, and she now rules both the night and the day.

Into this nightmare world, where human females are kept as cattle, and licensed as domestic pets -- inside the stone-system designed to prevent the enemy’s return -- Mina, a rogue DreamWeaver, is born in the Off-grid of Winkin City.  She’s found inside the mossy womb of a willow tree, alongside lygaeids hibernating as larvae.  Mina’s is a hero’s journey, as she lives the life of a human-breeder, who discovers that in order to survive the Night Mare’s land, she must change everything.

The prologue for It's a Nightmare can be read now at:

Posted by Racingdaylightllc at 6:15 AM No comments:

Friends and Neighbors in Revolution!

Thanks Ingrid Price (costume designer RACING DAYLIGHT now on SHOWTIME) for alerting me to REVOLUTION.  It's a new NBC series starring Giancarlo Esposito (Fred/Drifter in RACING DAYLIGHT) as a scary warlord, on Earth after the grid shuts down.  The series pilot features Tim Guinee, originally cast as Edmund/Billy in Racing Daylight.

I'm so looking forward to this!
Posted by Racingdaylightllc at 1:24 PM No comments:

Little more than a year ago I set out to make a dream come true.  I wanted to narrate audiobooks.

First I won a contest to read several small parts on the 10th anniversary issue of Neil Gaiman's AMERICAN GODS, nominated for Audiobook of the year by the Audies.   Thanks to all of you who helped me stay in the top 20! 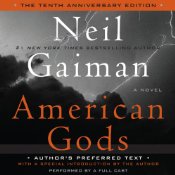 Then I studied with Paul Ruben at Tribeca Audio and made a demo.  I loaded the samples up on ACX and sent them off to the all of the audiobook producers Paul recommended.

It's been ACX all the way!  I posted auditions, and I'm recording my 3rd book!

The first one went on sale at Audible just today, tomorrow it's Itunes and Amazon.

But seriously, if you like the cyberpunk genre, and a sassy, takes no-prisoners, heroine, STREET:EMPATHY by Ryan A Span  might be the listen for you!!!!!!! 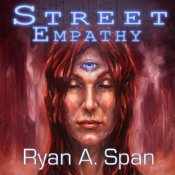 Courtney Milan's NY Times bestselling UNRAVELED is out next.  UNRAVELED is the last in a series about brothers raised by an insane mother.  A Dickensian cast of characters, it was a blast to read.  I laughed and I even cried recording this one. 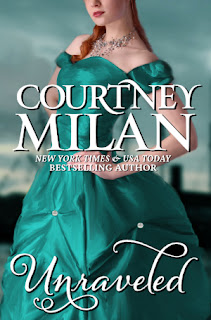 Then it's on to books I'm licensing myself.  I figure most of women's history is in novel form.  I'm starting with DESIREE by Annemarie Selinko.

Then with luck I'll be moving on to QUEEN OF LAST HOPES: MARGARET OF ANJOU.

If you have any favorites, along these lines, that have not already been published in audiobook form, please let me know.  and thanks again for helping me make my dreams come true. 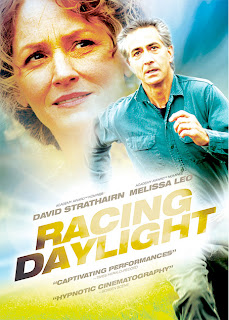 
Posted by Racingdaylightllc at 3:37 AM No comments: