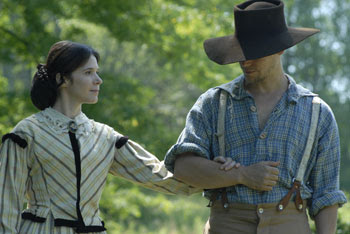 After helping defend Abraham Lincoln from evil congressmen,
“Lincoln” thesp David Strathairn looks to be ready to fight a different
kind of monster.

Strathairn is in talks to join the cast of Legendary’s “Godzilla” reboot.
Aaron Johnson, Elizabeth Olsen and Bryan Cranston are also currently
in talks with Gareth Edwards attached to direct.
Legendary’s Thomas Tull and Jon Jashni will produce along with Mary
Parent, who helped produce “Pacific Rim” for Legendary. Max Borenstein,
Frank Darabont and Dave Callaham penned the script.
Character descriptions, along with other plot details, are under wraps
for now but sources say Strathairn would be playing a military figure.
Warner Bros. will handle distribution.
As casting begins to wrap up, Legendary looks to be building
another strong ensemble as the company did with the “Batman”
franchise and upcoming “Man of Steel” film.
Besides “Lincoln,” the ICM Partners and Ryan Entertainment-repped
Strathairn was also seen in Universal’s “The Bourne Legacy.”
Posted by Racingdaylightllc at 3:15 AM No comments: 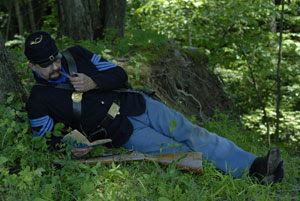 Winning an Oscar can afford an actor or actress the opportunity to take on roles and work in projects that they would never have been offered otherwise. That is certainly the case with Academy Award-winnerMelissa Leo.
The actress, who won an Oscar for Best Supporting Actress in The Fighter, had previously only appeared in dramatic and independent films such as 21 Grams, Frozen River (which also earned her an Academy Award-nomination), Don McKay, Welcome to the Rileys, and The Space Between, as well as the HBO series Treme. But since winning an Academy Award she has appeared in higher profile movies like the Kevin Smith directed horror film Red State, as well as director Robert Zemeckis’ Flight with Denzel Washington. She now has not one but two big genre films releasing just a few weeks apart from each other, including the sci-fi film Oblivion starring Tom Cruise, which opens on April 12th and was directed by Joseph Kosinski (Tron: Legacy). But first, Leo can be seen in the new action movie Olympus Has Fallen, which features an all-star cast that includes Gerard Butler, Aaron Eckhart, Angela Bassett, Morgan Freeman, and Ashley Judd, and opens in theaters on March 22nd.
The new movie, which was directed by Antoine Fuqua (Training Day), can best be described as “Die Hard in the White House.” The film centers on disgraced former Presidential guard Mike Banning (Butler) who finds himself trapped inside the White House in the wake of a terrorist attack. Using his inside knowledge, Banning works with the head of the secret service (Bassett) and the Speaker of the House (Freeman) to rescue the President (Eckhart) from his kidnappers. Leoplays Secretary of Defense Ruth McMillan who is also being held hostage along with the President.
I recently had the pleasure of speaking with Melissa Leo about her work on Olympus Has Fallen, as well as Oblivion. The Oscar-winning actress discussed her new movie, why she wanted to be a part of it, audiences’ attraction to “Die Hard-type” films, whether or not she actually got to meet Gerard Butler while making the movie, if she modeled her role after former Secretary of State Hilary Clinton, why Aaron Eckhart makes such a good cinematic President, working withAntonie Fuqua on set, and what sci-fi fans can from the upcoming Oblivion.

Here is what the Academy Award-winning actress had to say:
IAR: To begin with, I absolutely loved this movie! It’s my kind of film and right up my alley.
Melissa Leo: It’s not even my kind of movie and I find it utterly gripping, from the beginning to the end I loved it and couldn’t wait to talk to people about it. I started reading the screenplay and I just couldn’t stop.
Did you want to be a part of the project from the first moment you read the script?
Leo: See, I’ve never really done a picture like this before, not quite like this. So it was hard for me to really see the film, and I don’t know if that is my job. That’s the director’s job, it’s my job to follow his lead but I don’t know if I got the movement of it. As we shot it, it was so different for me because it was broken up, and we did this little aspect and that little aspect, so it was a great surprise and a treat to see it. It’s really fun stuff.

A lot of people are describing the film as “Die Hard in the White House,” and I think it got something right that the last few Die Hard films missed, which is the lone hero in a confined space versus a seemingly unbeatable army of bad guys quality. In your opinion, what is it about that movie audiences really love and relate to about that type of story?
Leo: I think the notion that an aspect of what we do is not only tell stories, but break open people's hearts and make them see the world differently. I think that is a huge reason for art and there is an art to filmmaking. A huge amount of art goes into every kind of movie and that it be an entertainment for people too, as well as an escape. It sure doesn't hurt if you have somebody so beautifully playing that hero as Gerard (Butler) does. He's a real human being and then he does these things that are beyond the Average Joe. Yet he's not flying around in a cape or anything. There's something grounded about the playing of his character. I think that you have to be able to connect to that character because that's the character that's taking us through the story. Then the filmmakers got to make the movie move and Antoine (Fuqua) and his editor have taken that footage that we shot in Shreveport, Louisiana and spun it into something you cannot take your eyes off of.
In the film you play the Secretary of Defense, not the Secretary of State, however I couldn't help seeing some similarities between your character and Hilary Clinton. Did you take any inspiration for your performance from Mrs. Clinton or perhaps any other real life female politicians?
Leo: I know nothing about politics. I really don't, but I didn't think that my best bet was to try to look like someone else. I looked at some hairdos of some lady who worked in government, but I have no idea what position they even hold. I did beg Antoine to put a wig on me and it's hard for a director to do that. I was still shooting Treme at the time and cutting and dying was not going to be profitable, but if he wigged me, I could be a short brown haired woman. I felt like that was incredibly important to have her be believable in her position. Beyond that I was sort of making it up. But then again the entire team that's involved in making the film from the writing of it, to the sets that make you feel like you're in the White House, really help guide your performance. Then when we were blessed with a really wonderful guy who was on the set every day that I worked with who had in fact been in some aspect of the protection of the President and very high positioned. I asked him lots of questions as we were shooting as to the accuracy of things and would one do this or that. After the short scene that I felt was really mine in the film, I asked him if he thought I did okay. When somebody who really has worked in that world gives you the thumbs up; that really makes you feel like you're on the right track.

Without giving too much away, you don't really have a lot of screen time with Gerard Butler in the film. Did you get to meet him on set or did you see him for the first time when you watched the movie?
Leo: I really hate to give away anything about a film, but I did in fact meet him on set, although the scene in which we played together we shot separately. But he was there and we did meet. He’s lovely and you'd hardly think that he had all that vicious anger and strength in him when meeting him. But he’s really just a lovely fellow.
What was it like working with Aaron Eckhart? I think he makes a great cinematic President and comes off in the film looking very presidential.
Leo: I can certainly completely totally agree. There are circumstances you find yourself in as President, like getting up and campaigning and making the decisions, but in our film to be in his predicament and still be the president, he did a beautiful job of it. It was really, really nice to work with him. I think that Aaron is the President in our story and that was the whole bit. I could see him running and I could see him up there trying to make the best decision with two hundred and seventy people whispering in his ear, telling him what to do, how to say it and when to say it.

What was it like working with Antonie Fuqua? What was he like as a director on set?
Leo: Well he was so good to me. We had met a few years earlier on a project that didn't go that way in the end, andAntonie did not end up directing it. So when I heard he was into using me for this, and that it was the Secretary of Defense, I thought, well let me go and enjoy that. He was very sweet to me and he was very protective of me because there is some action that I have to do in it. I was able to be very bold and ballsy about it because I knew that I was being watched, protected and safe, if that makes any sense to you at all. So I found Antonie, a rather frightening looking man and one of the most fierce people I’ve ever met, that once I got to see under his baseball cap, to be a handsome, darling man.
Finally, I know you have Oblivion opening next month, so it's really a busy time for you. What can sci-fi fans expect from that film?
Leo: It's something they'd never seen before, and that's not a movie quote line. I really, really mean it. I am fascinated to see the whole thing. I’ve seen bits and pieces from doing the ADR work that I did after filming. There are ways in which that film was shot that you’ve never seen before. Not just the CGI stuff, but also the actual shooting of the film was remarkable. It's full of future world kind of things that are great, but also a beauty of the world that we know and love.
Olympus Has Fallen opens in theaters on March 22nd.
To read about our visit to the Olympus Has Fallen mixing stage, please click here.

Oblivion opens in theaters on April 12th.
Posted by Racingdaylightllc at 4:32 AM No comments: