I met Jason Martin when we decided to make RACING DAYLIGHT for no money.  The first thing Sophia did was convene a brain trust.  We met with our cinematographer Stephen M Harris, Kale Kaposhilin of Evolving Media and Jason Martin, the guy in the black leather jacket -- so cool.  Patient and knowledgable artists all.

When we had our film in the can it was Jason Martin who did the color correct, with Stephen alongside.  It was Jason Martin I went to with a box of antique photographs from the Stone Ridge Library, a few minutes of wild cello improvisation by Tomas Ulrich (to a piece of music by our composer Sarah Plant) and a quirky idea for a title sequence.  Jason took the germ of that idea and made magic.  He understood what I wanted that opening to do, and he made it happen.

When SHOWTIME came knocking, asking us for an HD-cam master, it was Jason who delivered it, twice!

Shortly after we wrapped principal photography, back in 2006, a couple of Bard alums, who worked on our crew, asked me if I would act in a low budget short, THE ESCAPISTS, which Andrew Gori was shooting in Tivoli.  I arrived knowing no one well.  But when I got on the set, who had the camera in his hand?  Jason Martin!  I knew we were in good stead. 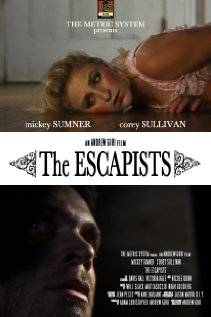 You never knew where you were going to run into Jason, but if it had something to do with being creative in the moving image medium, he was likely to be ensconced.  I made a book trailer with another talented filmmaker Constant van Hoeven, because my daughter was in it wearing a nun's costume.  I played her evil aunt, and yes, it was Jason Martin who shot the most incredible footage on a skateboard and a Cannon SLR.


And because we knew Jason, we met Anne Barliant, who cobbled together hours of footage into a wonderful behind the scenes film, which made us look like we knew what we were doing!