Sadie's First Holiday on the Farm

It's that time of year again, when I start pulling the stories from Cedarsville out of mothballs. 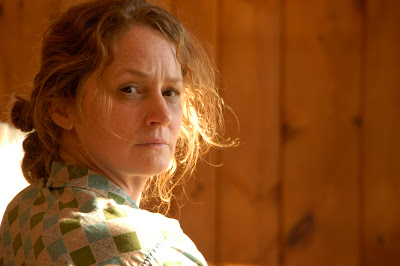 Sadie spent her first holiday back on the farm alone. Grandma was there, but she didn't talk, just sat, propped in her wheelchair, staring at nothing. Moving with assistance, Emmeline Stokes could transfer her weight from one warehoused position to the next, offering no emotion to the event. Sadie wondered what she was thinking ... where had she gone so far away in her head while her body was maintained on the farm. First by Mrs. McMichael, Emmeline's oldest friend, whose brood had all grown and moved away from Cedarsville in search of the bright lights and big citiness of Manhattan, an island so far out of Lily McMichael's realm of thinking it might well have been on Mars instead of just 2 hours down the Thruway.

But Lily had dropped dead of a heart attack on her way to bring Emmeline her supper. So Sadie was sent a telegram by a social worker, and she'd left her quiet librarian's life in Lorain, Ohio, where there was nothing much to hold her, to come home and see to things. There was no one else to do it. But Grandma had been a shock.

Emmeline, Sadie's Grandma, had married onto the Stokes farm the summer she was 17. Abner, that was her husband's name, Abner Stokes was 30 when she caught his eye. He'd been married before, but that wife had been barren and then she dried up and died on him at least five years before Emmeline filled out, right in front of him. Her dad had owned the dairy farm down the road and she was always taggin' along after her brothers. Then giggling with her friends walking past Abner's barns. And finally whooshing by in the souped-up cars of teenaged boys. It had been too much for Abner to bear, his imagination was wild with raw images of flowers wrenched from their stalks before the blossom had bloomed. So he'd married her and they'd had Violet and not much else.

Sadie couldn't remember her Grandma whole. Violet, her mother, lit out off the farm as fast as she could. She'd dragged Sadie, the lovechild of a boy who'd never come back from Nam, and headed west for glamour and the movies, for which she knew she was destined. They ran out of money in Lorain, Ohio and Violet died there many Marlboros and MaiTais later. Leaving Sadie alone to clean out her drawers and rent her mother's room to make ends meet.

Sadie'd flirted with that other life, the one of booze and barstools she'd inherited from her mother, which resulted in several small tatoos and waking up to men who held no interest by daylight, no real joy at night. There had to be something more to life. Something like the adventure of the novels into which she escaped. But so far life's journey held nothing more glamorous then picking out a container for her mother's cremains, and then figuring out where she'd have wanted them spread. She knew her mother would not want to be locked in a box, but rather floating in the ether of something grand. Sadie had taken a trip to Cinncinnati and dumped Violet into the Ohio River, where she'd swirled away, a grey-green mass, sinking on her way to Kentucky.

But, like I said, Grandma had been a shock. Sadie had seen pictures after all, and heard stories of someone powerful and vibrant and alive. "Not enough room for the two of us ...!" Violet had always said. Sadie assumed this meant personalities. Personality was what Violet had a lot of, and Sadie had known to diminish her own to make room in the small house, or it would probably have exploded. But Grandma just wasn't there. No personality at all. Like a window onto nothing. It had been a great disappointment to Sadie.

She had so looked forward to belonging to something larger than every day. But Grandma was just maintenance ... in the beginning. Sadie started poking around the old farm house a month or two after she'd set up a routine for Grandma with Mrs. Palmer, and gotten herself a pocket-money job at the used bookstore in town.

Town. One block of not much. There were the weekenders who brought the exotic with them up from New York City and looked down their noses at the trades. There were the regulars who roamed the town; Dollar Bill, the homeless guy who they say walked out of his office on Wall Street straight up the Henry Hudson, landing in Cedarsville, in the same suit, now shredded and dirt caked, the Windsor knot of his tie holding his collar together. His parents had had a house there when he was small. It was where he'd been happy.

There was a Busy-Body, who owned the dress shop down the street. Gender dubious, She liked bouffant hairstyles, rhinestone glasses, and sold a mix of kitch and boutique. Her companion was a troll-man, who everyone knew was a woman, also known as the Gossip. She could be relied upon to recall the salacious events of Cedarsville, no matter the era, and made the most godawful smelling linament, which worked really well, but could clear a room. Sadie wondered what President Bush would make of this heterosexual couple.

And then there was Henry. Henry Becker, whose mother, Abby, had been the only person Violet could tolerate in that small town, so the stories of little Henry Becker were tinged with a magical charm, and the mandate to look after Violet Stokes's girl was inherited. Henry had showed up at the bus the day she arrived with her small suitcase of treasures, the rest of her life not worth the freight. He'd driven her up to the farm house, took her in to meet Grandma and Mrs. Palmer, and she hadn't been able to get out a word. Not a single word. Nothing seemed good enough to say to him, this special and rare beast who had come so suddenly upon her in this wooded place. She wanted to be her best self for him.

This had never happened to her before. She could talk. Have conversations. Though she rarely did. Henry had been something else. He was a seismic event. The heat rushed to her face, her chest got tight, and all the words rushed from her head ... all she wanted to do was throw her arms around his neck, give her mouth to his, feel his hands on her ... but she could never find the path, the words, which are the normal road to such events.

Henry had awakened something in her. When she set presents for Grandma and herself under the small tree she'd sawed down and decorated with the red-glass ornaments she'd found in a dusty trunk, forgotten reflections of a warmer time in the old farmhouse, she gave herself a present from Henry. It was wrapped in plain brown paper and tied with a green velvet ribbon, a ribbon her mother had given her to wear in her ginger hair at a piano recital when she was 12 ...

She didn't need to open it, she knew what it was. So she stared at it, wondering how she would react if it had really come from him. Well, because it had really come from him in a way, its spirit. She knew her cheeks would flush with color and she'd smile without being able to stop herself as her fingers fumbled with the ribbon, too pretty to let go to waste, looking up at him as he watched her, waiting for her impetuous delight ... when she'd fling herself into his arms laughing at the small scrap of old paper on which he'd written but a single word ..."Hope?".

Sadie smiled, blushing as if it were more than her fantasy. It was enough.